Black pepper (Piper nigrum) is a flowering vine in the family Piperaceae, cultivated for its fruit, known as a peppercorn, which is usually dried and used as a spice and seasoning. When fresh and fully mature, the fruit is about 5 mm (0.20 in) in diameter and dark red, and contains a single seed, like all drupes. 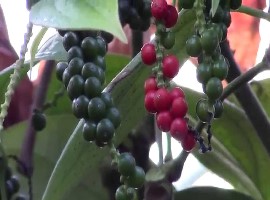 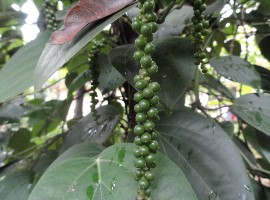 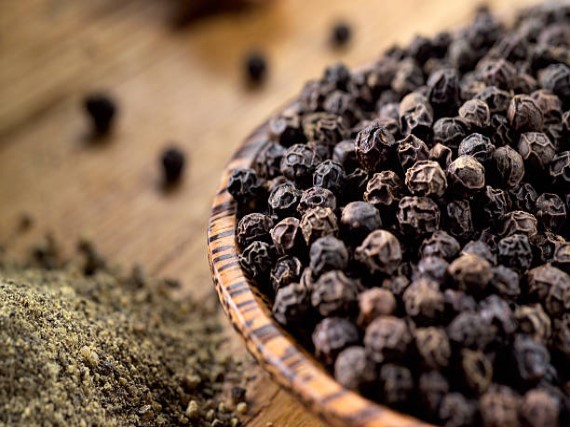 Black pepper is native to present-day Kerala in South India, and is extensively cultivated there and elsewhere in tropical regions. Vietnam is the world's largest producer and exporter of pepper, producing 34% of the world's crop, as of 2013.

Ground, dried and cooked peppercorns have been used since antiquity, both for flavour and as a traditional medicine. Black pepper is the world's most traded spice, and is one of the most common spices added to cuisines around the world. Its spiciness is due to the chemical compound piperine, which is a different kind of spicy from the capsaicin characteristic of chili peppers. It is ubiquitous in the modern world as a seasoning, and is often paired with salt and available on dining tables in shakers or mills.

Cloves are the aromatic flower buds of a tree in the family Myrtaceae, Syzygium aromaticum. They are native to the Maluku Islands (or Moluccas) in Indonesia, and are commonly used as a spice. Cloves are available throughout the year due to different harvest seasons in different countries 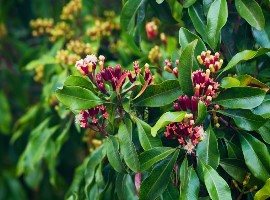 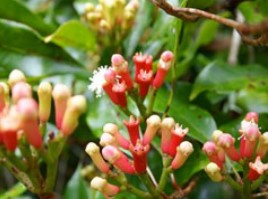 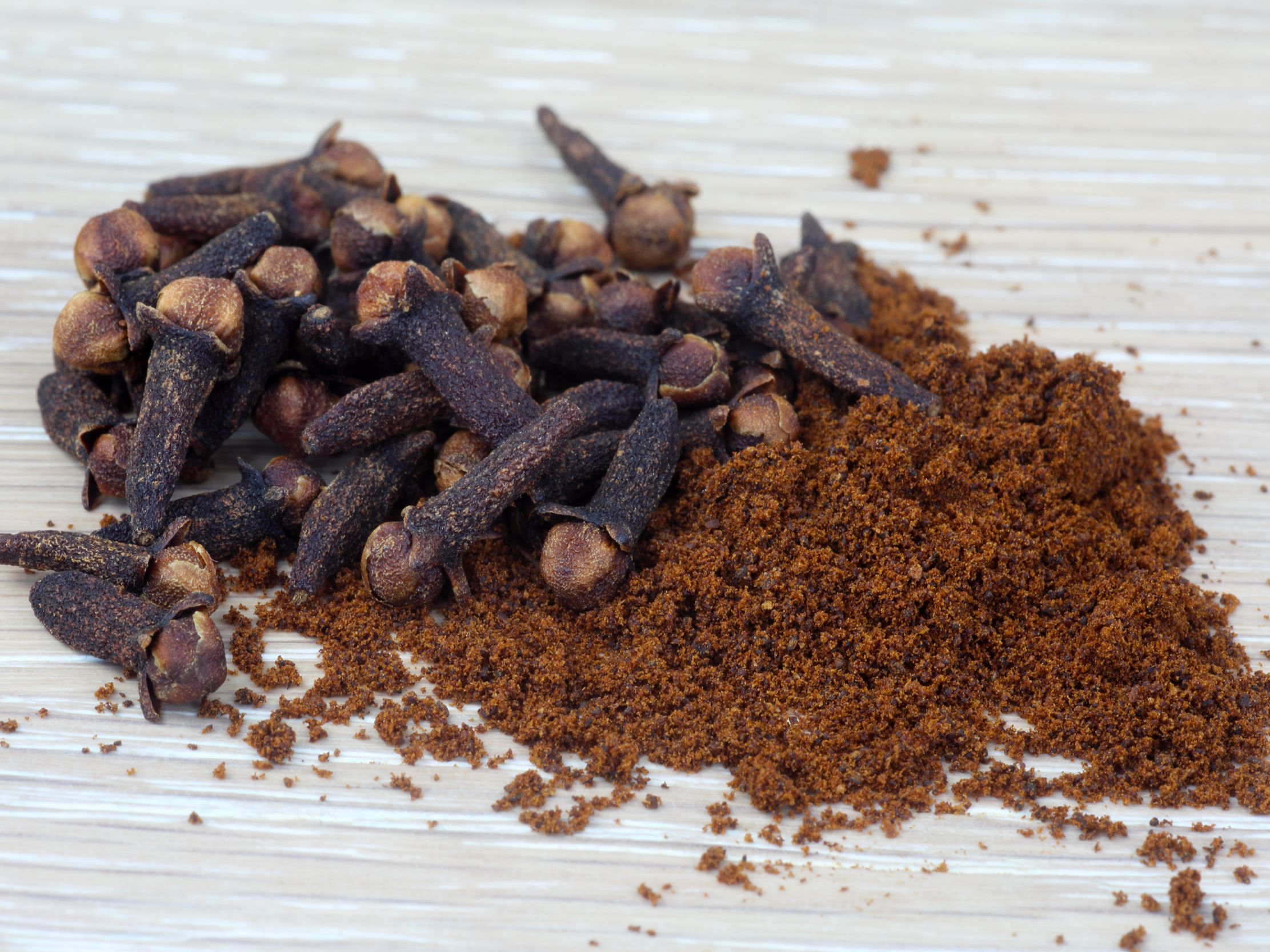 The clove tree is an evergreen that grows up to 8–12 metres (26–39 ft) tall, with large leaves and crimson flowers grouped in terminal clusters. The flower buds initially have a pale hue, gradually turn green, then transition to a bright red when ready for harvest. Cloves are harvested at 1.5–2 centimetres (0.59–0.79 in) long, and consist of a long calyx that terminates in four spreading sepals, and four unopened petals that form a small central ball.

Cloves are used in the cuisine of Asian, African, Mediterranean and the Near and Middle East countries, lending flavor to meats, curries, and marinades, as well as fruit such as apples, pears or rhubarb. Cloves may be used to give aromatic and flavor qualities to hot beverages, often combined with other ingredients such as lemon and sugar. They are a common element in spice blends such as pumpkin pie spice and speculoos spices. 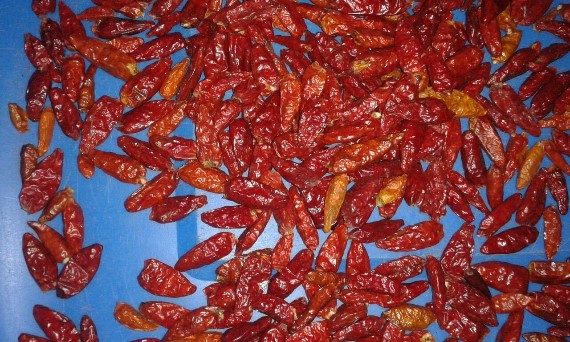 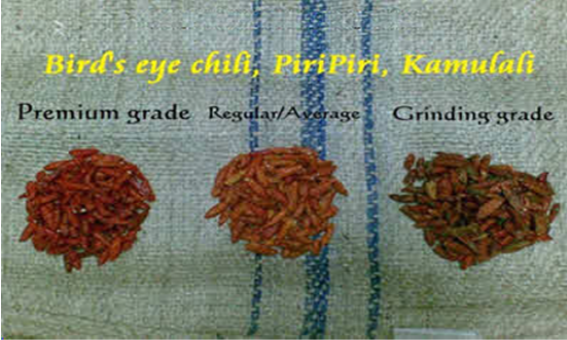